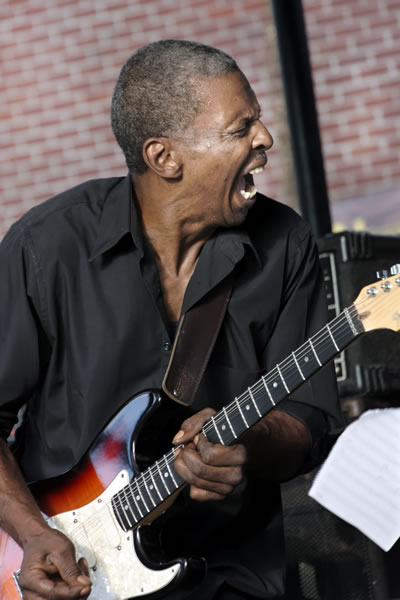 His voice covers the guitar licks and riffs in the Beale Street square honoring W.C. Handy, one of the fathers of the blues. “I got the blues!” screams Fuzzy Jeffries. “With my head down to my shoes.” The audience nods and rocks. The musician toured with greats such as Bobby Rush before relocating to Memphis. His self-produced album Fuzzy Rocking the Blues sold by hundreds. He plays some more. “With nothing to lose!”