In an exhibit in Chicago 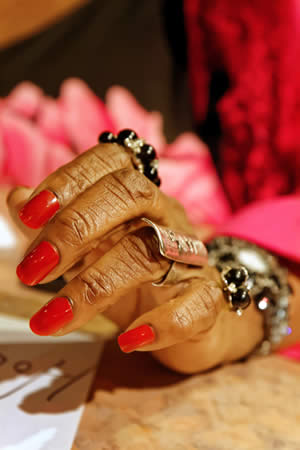 Ten photographs taken by Francoise Digel in Chicago, Lucerne (Switzerland) and Cognac (France) are being presented at the "Women of the Blues: A Coast-to-Coast Collection" exhibit curated by Lynn Orman Weiss at the Firecat Projects Gallery in Chicago from May 27 to June 18, 2016.

Two of those pictures are also part of the 'Screamin' the Blues' collection, Claudette Miller and Mz Peachez.

WOMEN OF THE BLUES: A COAST-TO-COAST COLLECTION

The curated collection is a tribute to Alligator Recording artist, Queen of the Blues, Koko Taylor and supports the Koko Taylor Celebrity Aid Foundation and the Sisters of Royalty. These two organizations bring Blues women together from around the world and provide scholarships for young women in the Blues. The new Director of the Sisters of Royalty is Nellie Tiger Travis, as appointed by Cookie Taylor (Koko Taylor's daughter). The exhibit opens on Friday, May 27th and runs through Saturday, June 18th at Firecat Projects Gallery in Chicago.