Living Blues #244 includes a story about Lynn Orman Weiss' Women of the Blues exhibit, which was up in Chicago in May and June 2016. Francoise Digel presented several pictures of Chicago blues women at that exhibit, some of which are also part of the Screamin' the Blues exhibit (Holle Thee Maxwell, Mz Peachez, Claudette Miller). 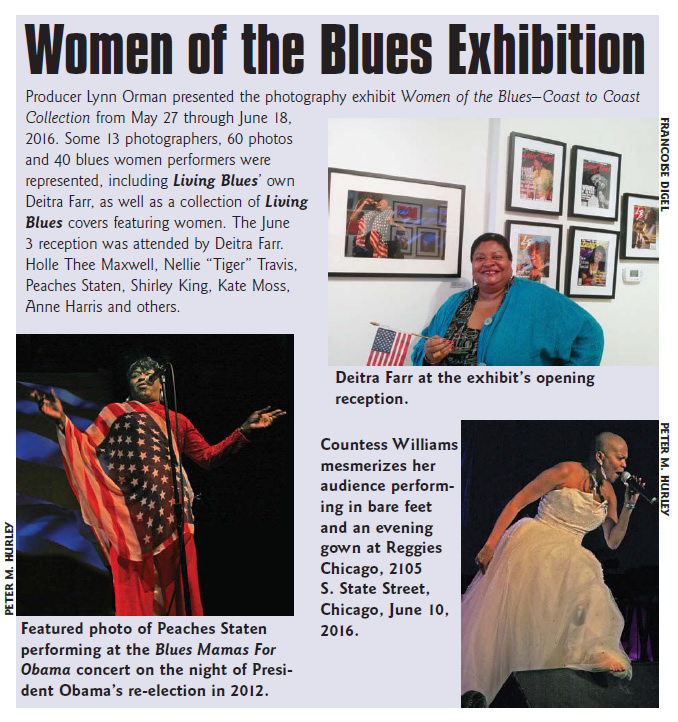 The article features two photos by Peter M. Hurley and a picture Francoise took of Deitra Farr at the opening reception. Deitra is standing in front of her picture by Peter M. Hurley, holding the same flag she had during the Blues Mamas for Obama event, in 2012, where the picture was taken.

Behind her are back issues of Living Blues featuring women on their covers. Deitra has a column in the magazine: Artist to Artist, on page 7. In the latest issue, she interviewed Sugaray Rayford, who is also part of Screamin' the Blues. 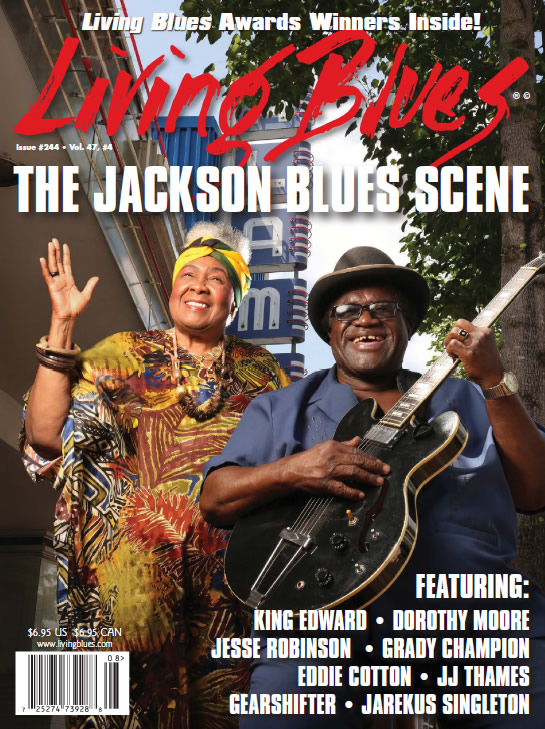