I was recently featured at the Blues Hall of Fame in an exhibition called “Screamin’ the Blues” by Francoise Digel. The collection highlights how artists emote and embody music they are performing. When I look at the images it reminds of a little nugget of advice I heard Aretha Franklin say once as a youngster that I still carry today: something to the effect of – make whatever face you need to get the note out. In short, your job is to go there even if it isn’t “pretty” and be about telling the story. I guess that is who I’m most influenced, effected and inspired by: storytellers.

Singer Chaney Sims is one of the artists featured in Screamin' the Blues. She was recently interviewed by Denise Marsa for Ask A NewYorker, and mentioned the exhibit when talking about how Aretha Franklin influenced her. 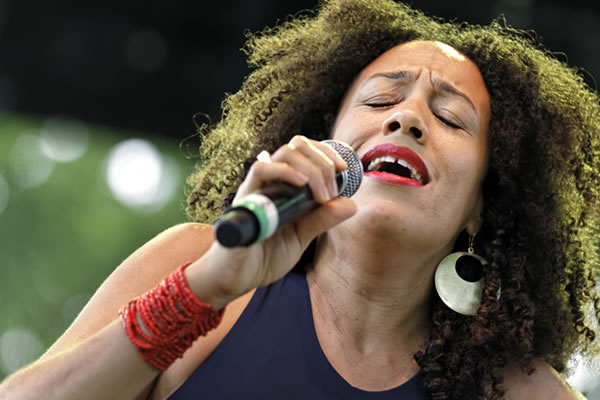 Read the full interview in Ask A NewYorker.